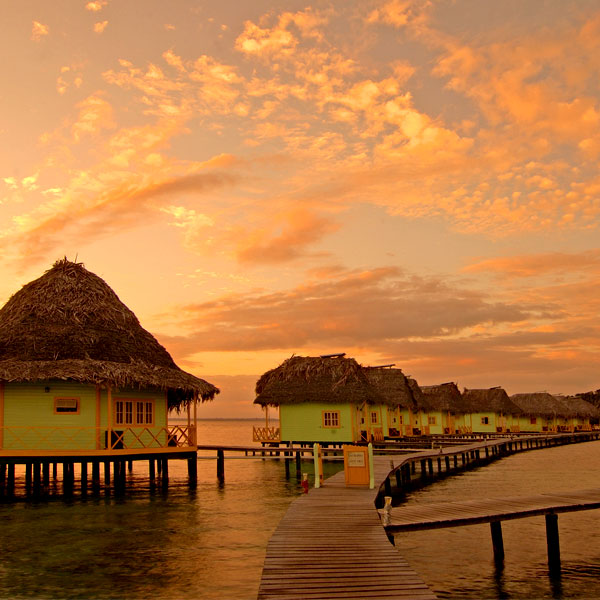 Three million years ago, the Isthmus of Panama emerged from the sea and divided an ocean. It has connected two continents and on this terrestrial bridge, lives a large number of species of birds and trees.

The Republic of Panama is divided into 10 provinces, 75 districts, 621 municipalities and 5 indigenous reserves (Guna Yala, Ngäbé-Bugle, Emberá-Wounaán, Madungandí and Wargandí).

CLIMATE  The climate of Panama is tropical. The average annual temperature on both coasts is 29 ° C (or 81 ° F). The humidity is quite high, with an average of 80% and average rainfall of 178 cm (70 in) recorded in Panama City. The period with the least rainfall is from January to April.

Thus, most of Panama's territory is occupied by rainforest. 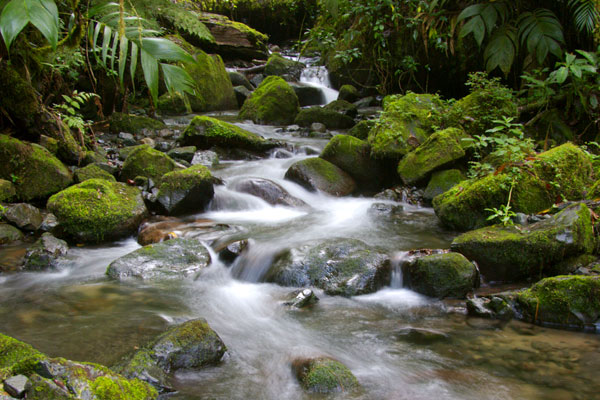 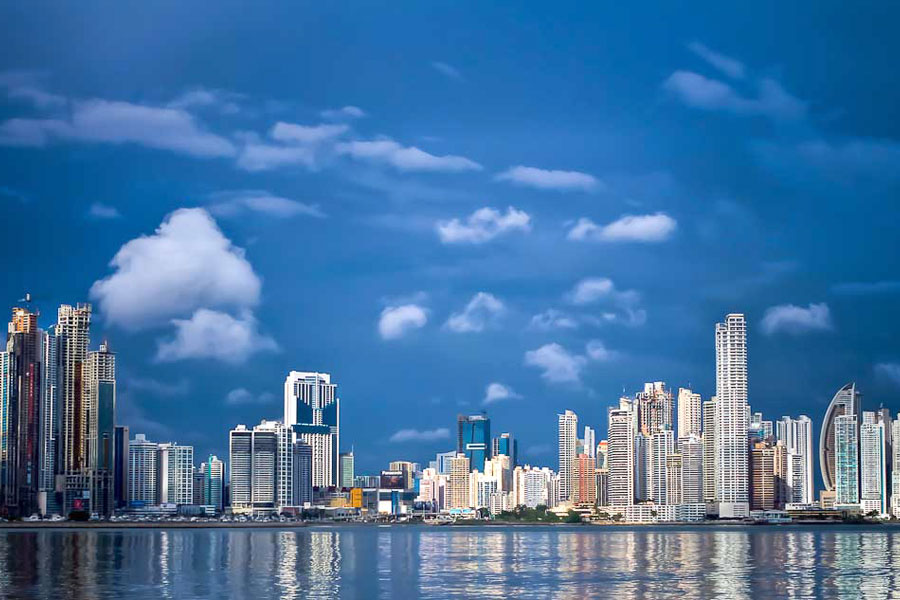 Tourists from all over the world come to visit Panama and experience a modern and beautiful city with all the amenities that can be expected from a world-class business and tourism center.

The capital of the Republic of Panama offers international cuisine, nightlife, casinos and shops. Panama has attracted some of the world's most famous brands including Gucci, Prada, Cartier, Hermes, Nike, Ralph Lauren, Micheal Kors, Carolina Hererra, Chanel, and many others.

Spanish, the official language of Panama, is spoken by more than 90% of the population. However, English is the second most used language, spoken by most professionals and business people. 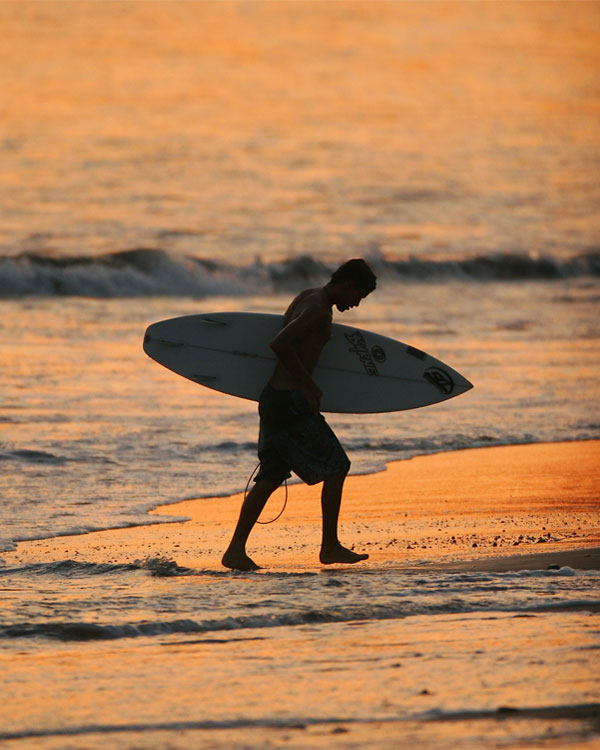 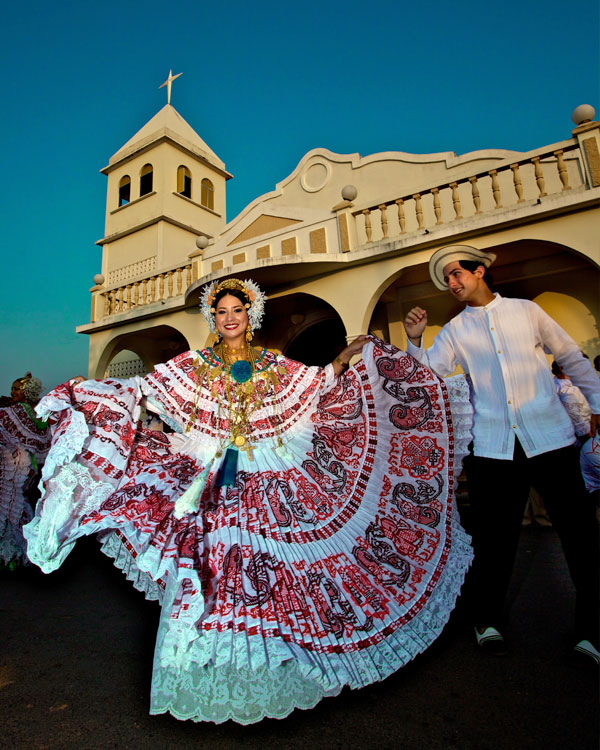 Panama has a great cultural diversity which makes the country unique in the region. One of the greatest contributors to the richness of Panamanian culture is the constant presence of visitors from all parts of the world.

This mixture is particularly rich because of the different cultural origins and the very diverse traditions. This cultural mix has been stimulated by the atmosphere of tolerance and harmony that has always prevailed on the territory. One of the most emblematic celebrations of cultural and Catholic beliefs is Carnival. Carnivals alone are a four-day celebration of the entire country.

In many Latin American countries, Pollera is currently used as a folk costume. While in some countries the name refers to the skirt part, in Panama, the entire dress is called a Pollera.
La Pollera is the name used in Latin America and Spain for this type of skirt and dress known for its elaborate decorations. The skirts are made of different materials, such as cotton or wool, and are often decorated in a colorful way using various techniques, including embroidery and lacing with floral motifs.
It is believed that the Pollera skirt originates in a Spanish dress of the sixteenth or seventeenth century. Worn by middle and lower class women, it was a simpler and easier version in which women could do their daily chores or attend local celebrations.

In addition to the Panama Canal, tourist attractions include the Panama City with its panorama, the springs of beaches at Rio Hato, Blanca Beach, Bonita Beach, Buenaventura, the Pearls Archipelago and its islands of San Blas, Casco Viejo (historic center), the rubble of Portobelo and Panama Viejo, the Causeway in Amador, the Anton Valley, Boquete and Volcano for those who love the mountains. Panama has several protected national parks that allow the observation of different species of birds. 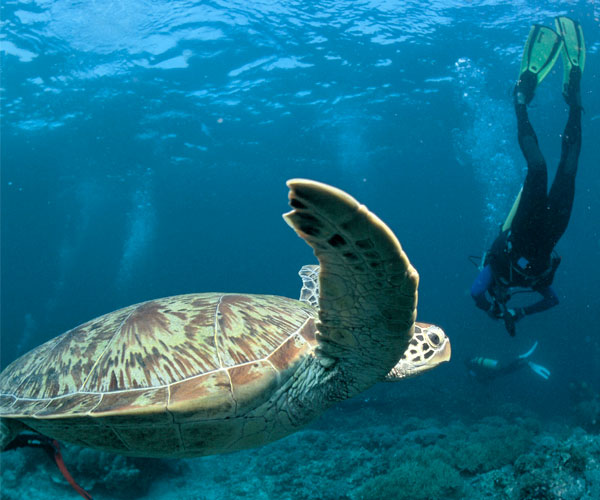 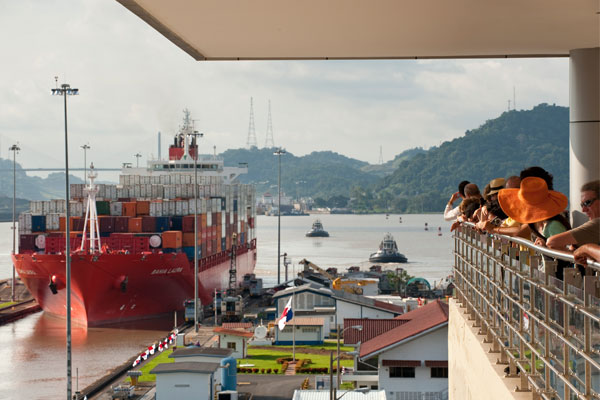 Tourists and visitors can discover the exclusivities of the Panama Canal and its expansion on both the Atlantic and Pacific sides. It's a unique experience in the world.

To know more
Consult the website of the Panama Canal Authority

The means of transport in Panama are good. The distance between Panama City and Colón is only one hour by road or train.