THE MINISTRY OF FOREIGN AFFAIRS OF PANAMA 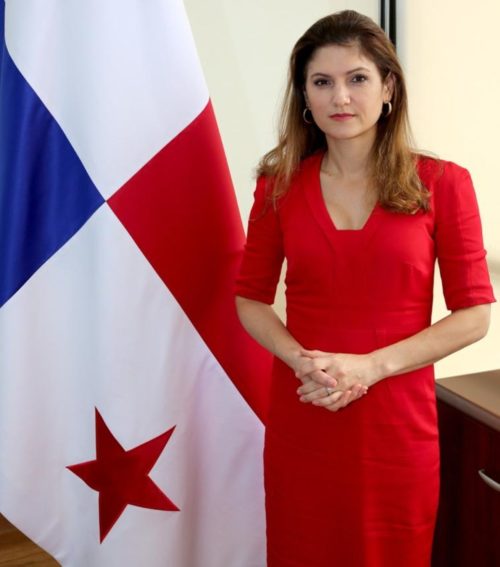 At the end of the 17th century, part of the building now called the Bolívar Palace was built. At that time it was the Franciscan convent. After the independence of Spain in 1821, it was expropriated by the government of New Granada and became a military barracks, a hospital for foreigners, the Simón Bolívar Institute and La Salle College.

Important events took place at the Palace of Bolivar, such as the amphyric Congress convened by the Liberator Simón Bolívar in 1826 or the drafting of the first Constitution of the Republic of Panama in 1904.

In 1999, the Bolivar Palace was designated to conform to Panama's Agreement with the United Nations, which declared the meeting room of the Franciscan convent a World Heritage site in 1997.

During the 10th Ibero-American Summit in 2000, the meeting room was inaugurated. The Protocols of the Isthmus, the original documents of the Amphictyonic Congress, as well as replica of the sword "Espada Sol" used by Simón Bolívar friendly gesture of Venezuela, is here. The original of the sword "Espada Sol", designed in carat gold and with 1374 diamonds, is in Venezuela and was a gift from Peru to the Liberator.

The Bolivar Palace has a neocolonial architecture and is the headquarters of the Ministry of Foreign Affairs since 2003.

The Bolivar Museum is protected from the weather by a glass camera and has 2 exhibitions.

During excavation work in the central courtyard of the convent, part of the original 17th-century structure, known as "Las Crujías" (underground canals carrying water), was discovered.

In the center of the Bolivar Palace, a square in honor of the Liberators and all those who fought for Latin American independence, was built. In its center is "Rosa de los Vientos" which leads to each of the pavilions of the palace.

The Bolivarian society of Panama

Founded in 1926 at the Pan American Congress commemorating the centennial of the Amphictyonic Congress of 1826.
This congress approved the founding of the Bolivarian Society in all the nations of Latin America, to venerate the memory and the ideals of the Liberator.
The Bolivarian Society of Panama was established by a founding act of July 20, 1929, and is located in the Jeanne d'Arc Pavilion.