THE PRESIDENCY OF PANAMA 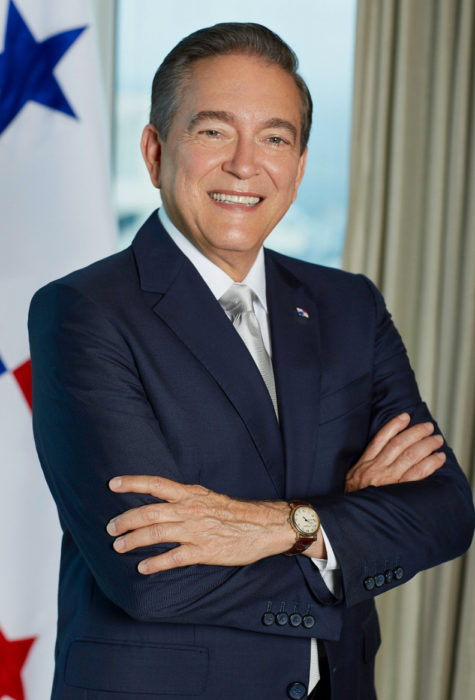 Laurentino Cortizo Cohen
President of the Republic of Panama

Recently graduated, he held several positions in the Organization of American States. He returned to Panama to manage the family businesses and was elected Deputy of the Republic in two consecutive periods: 1994-1999 and 1999-2004, where he was president of the Legislative Assembly. Between 2004 and 2006, he held the position of Minister of Agricultural Development.

Since 1986, he has worked as a manager of the Cortizo Group companies: Panablock, a company producing construction materials and Hacienda Hermacor, a high genetic livestock company. He is a base member of the Democratic Revolutionary Party, who nominated him for the presidential candidacy, after winning the party's primary elections in September 2018. He receives the support of the Molirena party and on May 5, 2019 he is elected as President of the Republic from Panama, for the period 2019-2024.

Laurentino Cortizo Cohen will preside over the government, which will have its foundations in 4 Pillars and a Star: Education. Those Pillars are:

The Palace of Herons

The residence of the President of the Republic of Panama is called Herons' Palace because of the two herons donated by the poet Ricardo Miró to President Belisario Porras in 1922. Since then, these birds have become honorable inhabitants of the Palace. This building in the past housed a national bank, then customs offices, until it was used as a warehouse.
Inside, you can find different murals and sculptures alluding to the values and history of Panama.

The Palace of Herons or Presidential Palace is a symbol of Panamanian national identity and tells a story dating back more than 300 years when local authorities left the ancient city of Panama, destroyed by the troops of pirate Henry Morgan, at the search for a site that would allow them to be protected against future attacks.
After having established a temporary site in San Juan Bautista, Penonomé, the authorities, led by Governor Fernandez de Cordoba and Mendoza, decided to settle in the site called Ancon (now Casco Viejo) to protect themselves against future attacks.
Before the death of Governor Fernandez de Cordoba and Mendoza on April 8, 1673, Bishop Antonio De León and the Royal Magistrate Luis Lozada de Quiñones took office and continued the project of building the wall.

Working on this long wall, Lozada built his ostentatious home in 1673. He was dismissed after being accused by members of the community of misusing the building materials for the wall.
This manor became known as Palace of Herons. Although the building has been remodeled several times, it has always retained this colonial design that makes it imposing as it brings an elegant and sophisticated side. 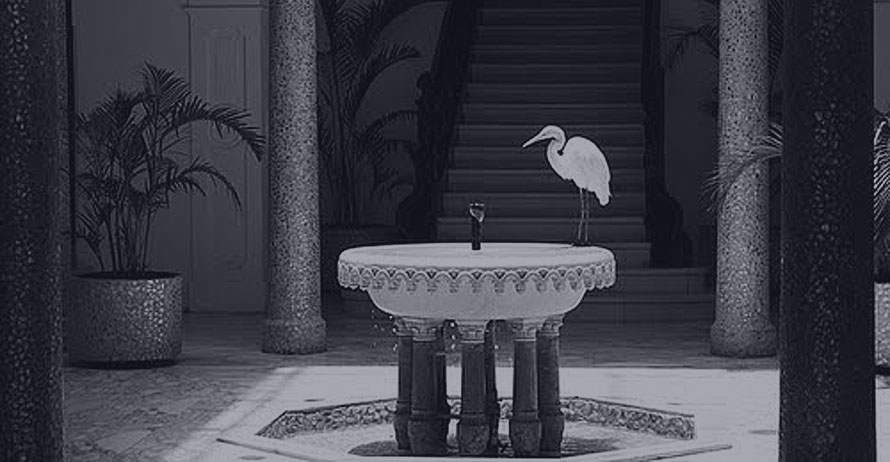 At the beginning, around 1740, the Palace of Herons served as the customs office. However, 16 years later, in 1756, the building was the target of a fire that destroyed a significant portion of its infrastructure.
After having been restored, the Palace of Herons was used as a depot in 1821 then it also housed the Normal School for Boys in 1872, head office of the government, headquarters of the National Bank, until becoming the presidential palace in 1875. At that time, the Panamanian state was part of Colombia.

In 1880, the palace is more resplendent than ever, because starting from this date, the electric light is installed in the building.

Like all infrastructures, the Palace of Herons over the years has deteriorated. In this year 1922, President Porras decided to make a new restoration, but this time incorporating the second and third floors and remodeled the presidential dining room, the yellow room and the central patio.

The works left the footsteps of one of the most renowned architects of the time, Leonardo Villanueva-Meyer, who worked hard to leave a perfect infrastructure without harming its appeal.

A remodeling was carried out on August 3, 1923. The building was then not only occupied by the Presidency of the Republic but also by the National Bank which could not be moved before 1938.

Nowadays, the “Palacio de las Garzas” continues to tell stories in the old district of Panama City, and from there, with a privileged position and view, it is visited by hundreds of tourists every year.
Ironically, the country's greatest poet, Ricardo Miro, who gave the 2 herons to President Belisario Porras wrote a poem to protest and demand his release. Today, the first verse of this poem can be read on a plaque in a corridor on the ground floor of the Presidency in tribute to his pen and his spirit admired by all who visit. That's it, this complete poem.